A Personal Perspective On the Kaufmann House In Palm Springs 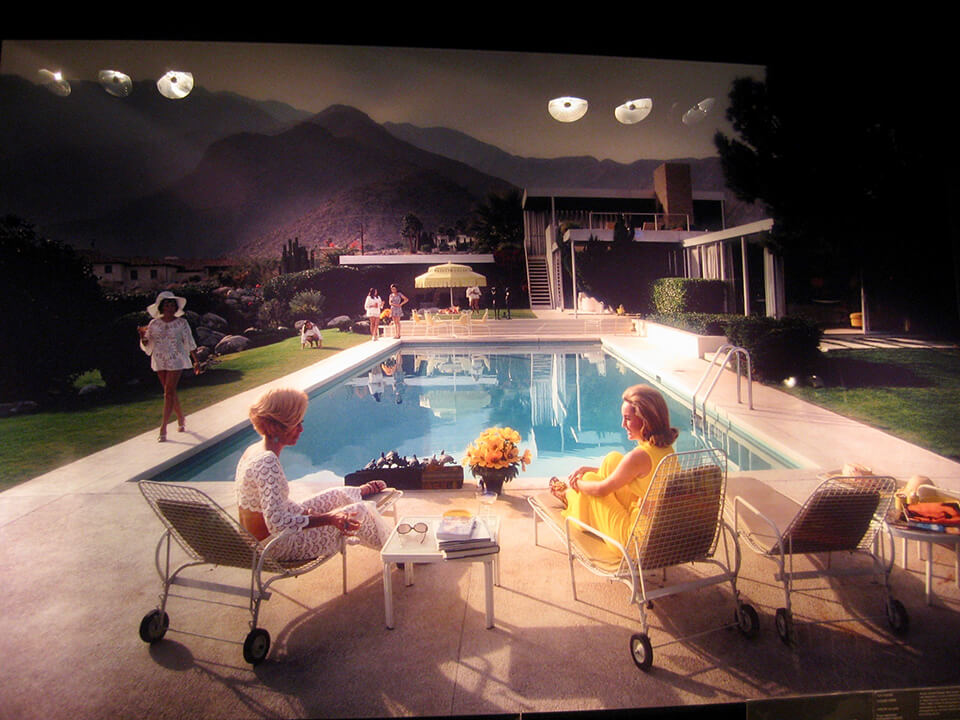 Many people are familiar with this famous photo, titled “Poolside Gossip” by photographer Slim Aarons in 1970. The property pictured is the Kaufmann Desert House in Palm Springs, commissioned by department store magnate Edgar Kaufmann and designed by Richard Neutra in 1946. Many are also familiar with another famous home owned by Kaufmann – “Fallingwater” outside Pittsburgh, designed by Frank Lloyd Wright in 1935; definitely worth a visit if you travel to southwest Pennsylvania.

The Kaufmann Desert House has been through many owners over the years, including Joseph and Nelda Linsk, who acquired the property in 1962 for $149,000 (Nelda is one of the women featured in the photos). Nelda Linsk commissioned a large addition by local modernist architect William Cody, and an interior remodel by local interior designer Arthur Elrod; the Linsks sold the house in 1968 for $350,000 furnished. Subsequent celebrity owners have included Eugene Klein (former owner of the Chargers) and Barry Manilow.

Manilow allowed the property to fall into such disrepair that it was ultimately sold as a teardown for $1.5 million in the early 1990’s. Fortunately, the buyers were a preservationist couple, Brent & Beth Harris, who completed a full-scale renovation by Marmol Radziner in 1995. The property is now on the market for a cool $25 million, a big number for the desert, noting that Bob Hope’s famous Palm Springs house designed by John Lautner sold for way less in 2016. This short article discusses the listing and has lots of photos of the Kaufmann House, for those who are fans of International style modernism:

For a more detailed history of the property, this is an excellent piece by Patrick McGrew for KCET in 2012:

Some other interesting factoids:

The picture is a numbered print I photographed at a gallery in Paris nearly a decade ago; I purchased it, carried it home on the plane, and it now hangs in my home office.

When Kaufmann was planning his desert digs, FLW was certain he would get the commission, and was none too happy that Neutra got the commission instead.

The two women featured prominently in the photograph are Helen Dzo Dzo and Nelda Linsk. I had the pleasure of meeting both of them over the last several years out in the desert, and sharing our acquisition of the famous photograph; both of them were charming. Helen was married to local Palm Springs architect Hugh Kaptur, and passed away in 2015. Nelda is a luxury real estate agent in the desert, who is still active.