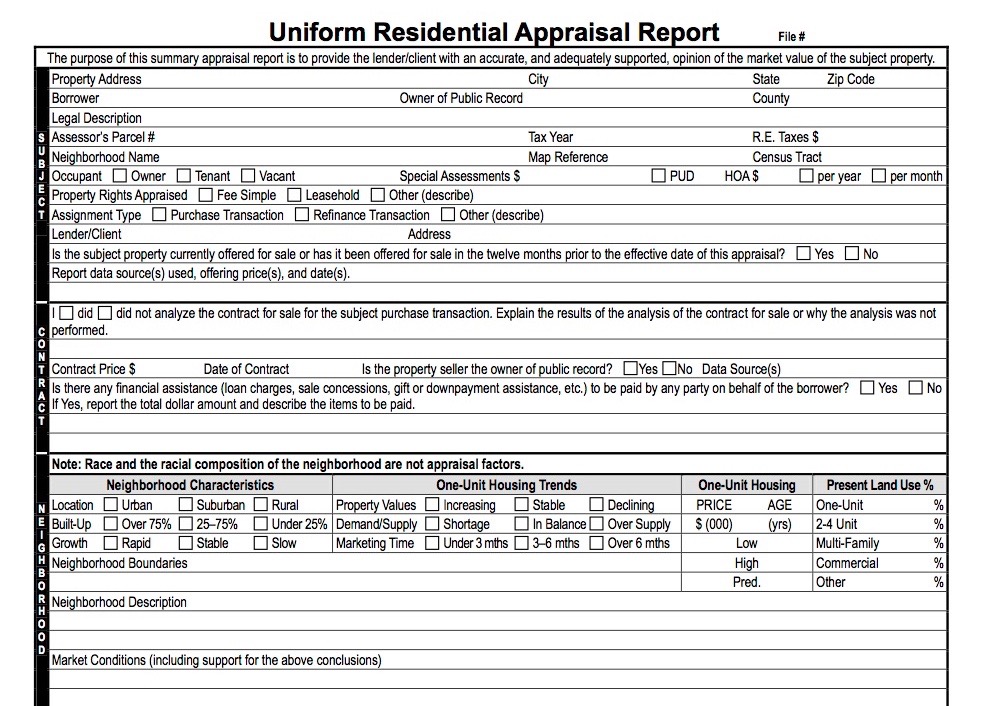 Of particular interest to the authors is an observation that 30% of appraisals in the more recent dataset were equal to the contract price (with less than 10% below contract price, and above-contract appraisals concentrated at LTV notches); for the other dataset, nearly 45% of appraisals were equal to contract price. AVM’s generate estimates that mostly vary from contract prices, often by significant amounts; 40% of observations from the recent data have AVM estimates that are more than 5% below contract price. Variance between AVM’s and prices isn’t necessarily surprising, noting a paper published for TEGoVA by George Matysiak in 2017 indicating that only 69.7% of Zillow estimates (Zestimates) in a nationwide sample were within 10% of ultimate sales prices. Zillow’s website reports a significantly higher figure of 95.3% of Zestimates within 10% of sales price, although accuracy varies by location (one might also suspect that Zillow estimates are influenced by the most recent sale of the property).

The inherent assumption in the Fed’s paper is that appraised values equal to contact price are evidence of appraisal bias, resulting in “information loss” and higher likelihood of default, especially at LTV notches. The tendency for appraisers to value property at the sales price is attributed partly to a desire to avoid the opportunity cost of a failed transaction, and also appraisers’ motivation to maintain lender/client business relationships.

It is important to understand that an appraisal is defined in the Uniform Standards of Professional Appraisal Practice (USPAP) as an “opinion of value.” AVM output is not by itself an appraisal, unless it is used by an appraiser to develop an opinion of value (see USPAP AO-18). The word “bias” relative to appraisals and/or appraised values is used without qualification at least 35 times, noting that statistical bias refers to the difference between a sample statistic and a population parameter, while appraisal bias has a more insidious connotation, defined as “a preference or inclination that precludes an appraiser’s impartiality, independence or objectivity” (USPAP).

While it is true that loan appraisers have historically been pressured to make the sales price (and some certainly do so for fear of losing business), an argument can also be made that the subject property is its own best comparable; if the contract price has reasonable support from available data, why try to second-guess the market? “Reasonable support” is admittedly subjective, particularly in a rising market where historical data require adjustment for market conditions that some appraisers are reluctant to apply. But the appraiser provides valuable insight and judgment that an AVM simply can’t match – local knowledge about neighborhood characteristics and market conditions; nuances about quality, condition or amenities (both the subject and comparable properties); and information about transaction conditions that affect price. The paper also notes that AMC’s act as firewalls between lenders and appraisers (ostensibly providing quality control and increasing appraiser independence), but with their own unintended consequences that are not an enhancement to the appraisal process.

While suggesting that “the AVM measure is more economically and statistically significant in predicting default,” the working paper does present some useful conclusions and suggestions:

 The precision of appraisals increases with the number of transactions (more comparables are better), referencing the 1993 article “A Model of Redlining” by Lang and Nakamura published in the Journal of Economics.
 Reconsider using the “minimum value rule” (value as the lesser of contract price or appraised value) in calculating LTV; it is suggested that calculating LTV based on contract price is preferable, using the appraisal for underwriting purposes only (presumably allowing the appraiser more freedom to value the property independent of the contract price).
 Requiring appraisers to report a range of values in lieu of a point value estimate; this idea is not new, with Richard Ratcliff originally promoting the idea of expressing value in probabilistic terms back in the 1960’s and 1970’s, a concept more recently discussed in Appraisal Journal articles by Max Kummerow (1997, 2000 and 2002) and Gale Pooley (2015).

The assault on real estate appraisals, particularly in mortgage lending, is not new, but it is nonetheless dangerous. AVM’s have unquestionably improved, with obvious benefits in cost and turnaround time; models used by FNMA have deep data, much of which ironically has been collected from appraisers for many years. AVM’s likely serve a useful function for risk management and some types of loan transactions, but are not a substitute for a real estate appraisal. This of course hasn’t stopped recent enthusiasm for non-USPAP compliant evaluations, appraisal waivers and hybrid appraisals (where the appraiser doesn’t even inspect the property or neighborhood); changes to de minimis thresholds are also in the works (the NCUA just increased the threshold for commercial appraisals from $250,000 to $1 million).

In the relentless march towards deregulation in the interest of lowering costs and saving time, it wouldn’t be a bad idea to think seriously about the downstream consequences of eliminating appraisals from the mortgage lending process.

Link to the Fed’s working paper “Appraising Home Purchase Appraisals” is below, along with another link to a November 2018 Washington Post story about attempts by the Trump administration to eliminate appraisals: